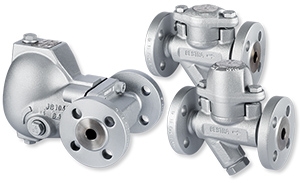 Steam traps play a vital role in discharging condensate produced as a result of trapped steam in a heating system.

BK: The BK trap is a thermostatic steam trap with a bimetallic regulator which is particularly robust – BK 45/46

These steam traps are insensitive to frost and water hammer, resistant to corrosion and require little maintenance.
The traps regulate the flow of medium using a highly responsive Thermovit regulator. Specially shaped bimetallic plates arranged one above the other expand as the media temperature rises, moving the stage nozzle. The flow orifice closes. In the cold state, the regulator is fully open. That is why steam traps from the BK series boast an excellent start-up performance. 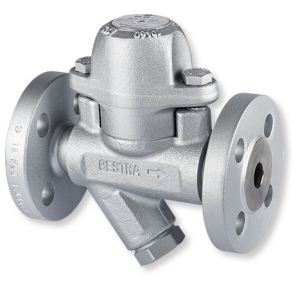 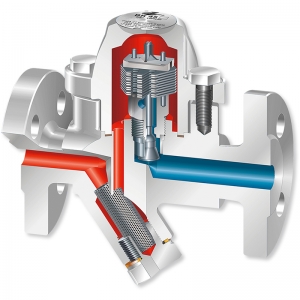 MK: The MK trap is a thermostatic trap with a membrane regulator and has very sensitive response characteristics. 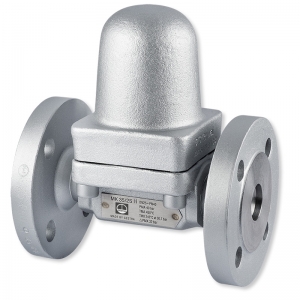 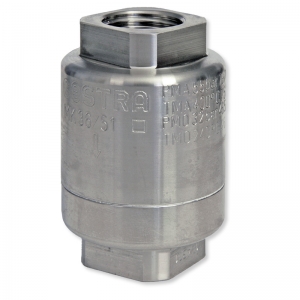 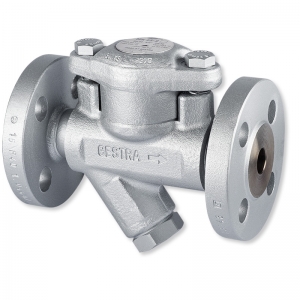 Thermostatic steam traps for removing condensate from steam or for venting steam pipes
A distinguishing feature of the MK series is the outstanding responsiveness of the membrane regulator. It is especially suitable for heat exchangers whose operation is adversely affected even by minimal banking-up of condensate.

USE
Highly responsive steam trap for draining heating processes.
Especially recommended for use in:

Float steam traps with ball float for removing condensate from steam, cold condensate or distillates without banking-up
The traps with the tried and tested rolling ball seal work with exceptionally low friction and therefore have very low actuating forces. They are durable and guarantee maximum tightness. 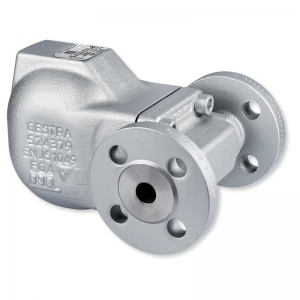 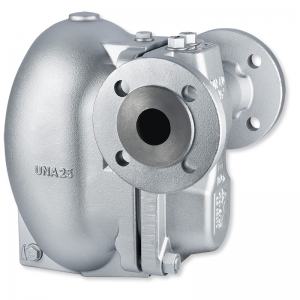 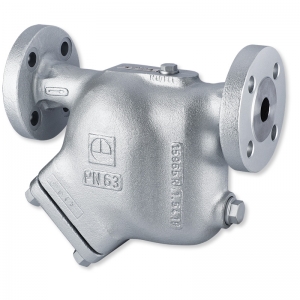 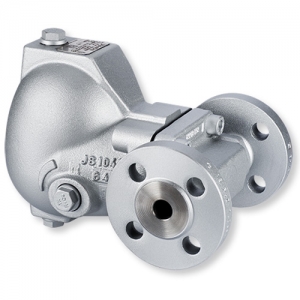 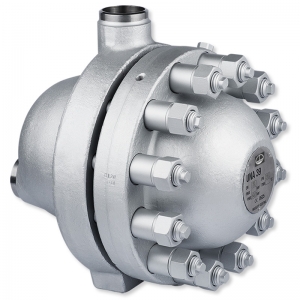 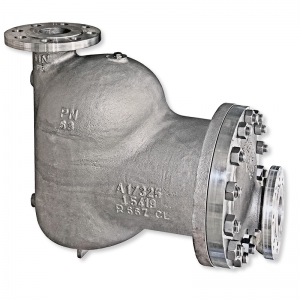 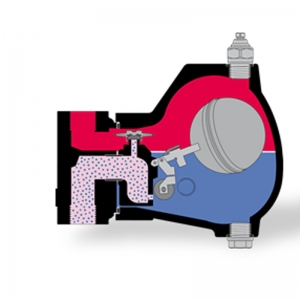 The rolling ball valve is actuated directly by the float, based on the condensate flowrate. 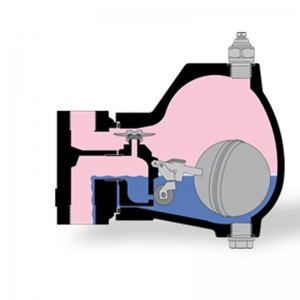 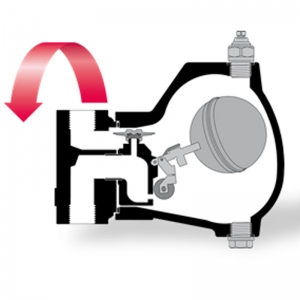